A Short History of Advertising

When you think of advertising, what comes to mind?

Commercials, billboards, annoying pop-ups, and all that stuff. Your average person probably sees dozens to hundreds of ads every day across all platforms. To be honest, it’s almost impossible to avoid them unless you don’t read papers or magazines, use the internet, listen to the radio, watch television, or go outside. So whether you like them or not, they’re here to stay. But how did they start? We thought it’d be fun to talk about the history of advertising and how the major platforms have evolved over the years. 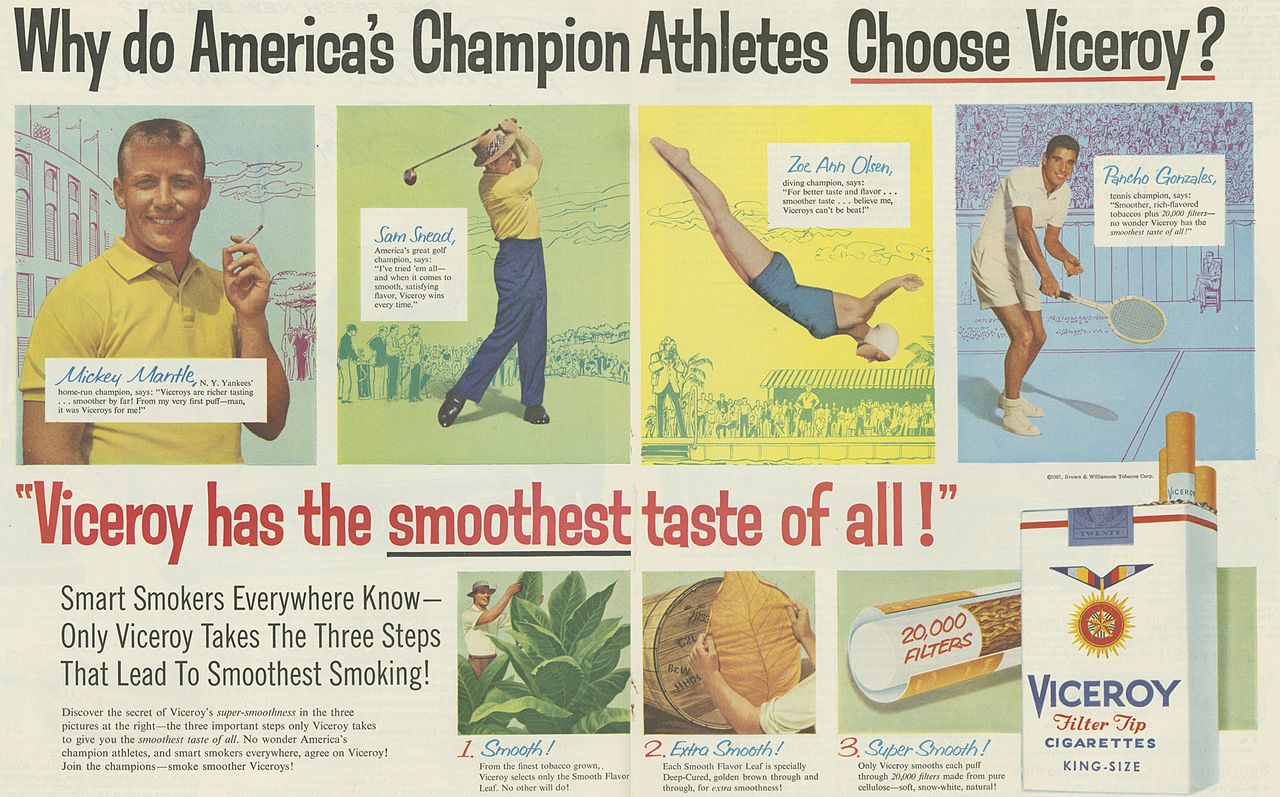 Advertising dates back to the ancient world. Evidence has been found that thousands of years ago, people in ancient Egypt people wrote on papyrus for posters and notices. Going back even further, old stones have been found painted with notices in India dating back to around 4000 BCE. But that was the old way of doing it, so how about the new way? What we think of as “modern advertising” really goes back to the invention of the printing press. Once movable type was created and machine printing a possibility, advertising soon followed. People were able to produce leaflets and posters in larger quantities. Utilizing this new technology people could advertise anything from a shop to public elections, or a local theater group putting on a production. It allowed people to get the word out and spread their message. From there, a world of possibilities opened up. During the 18th century, town newspapers started to pop up throughout Europe and the North American colonies. Shops and stores in town were able to create and design advertisements to be displayed in these papers and for the first time “mass marketing” became plausible. While print ads are becoming less popular today, with fewer and fewer people reading physical newspapers and magazines, there will always be a place for print ads in the world of marketing. 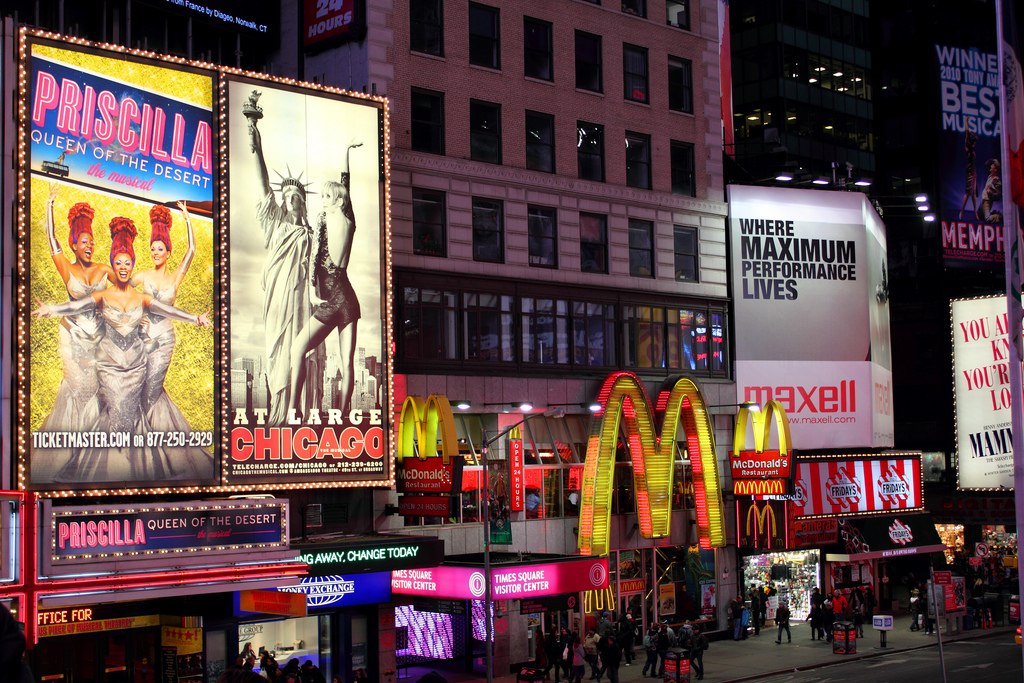 By the 19th century business began to think differently about how to grab people’s attention, which gave rise to the billboard. The first recorded mention of a large format billboard was from 1835 in New York. Jared Bell began printing 9×6 posters advertising the circus. When printing technology more rapidly advanced through the next century, billboard advertising became more accessible for businesses to advertise with. Over time, billboards managed to get larger and more complicated, with some even using physical objects extending past the borders or popping out of the ad itself (the Chick-fil-a cows would be a good example). And in recent years, advancing digital technology has allowed for some billboards to become all digital; instead of having to plaster the advert on the existing billboard, you can just upload a file that now plays on a 30 something foot screen above the highway. This method is cheaper, easier, and allows for the owner of the billboard to make more money since they can have multiple ads play at the same time by just switching to a new one every few seconds. Billboards are a tried and true method of advertising for almost 200 years, and as long as people go outside we’ll see them for many more years to come. 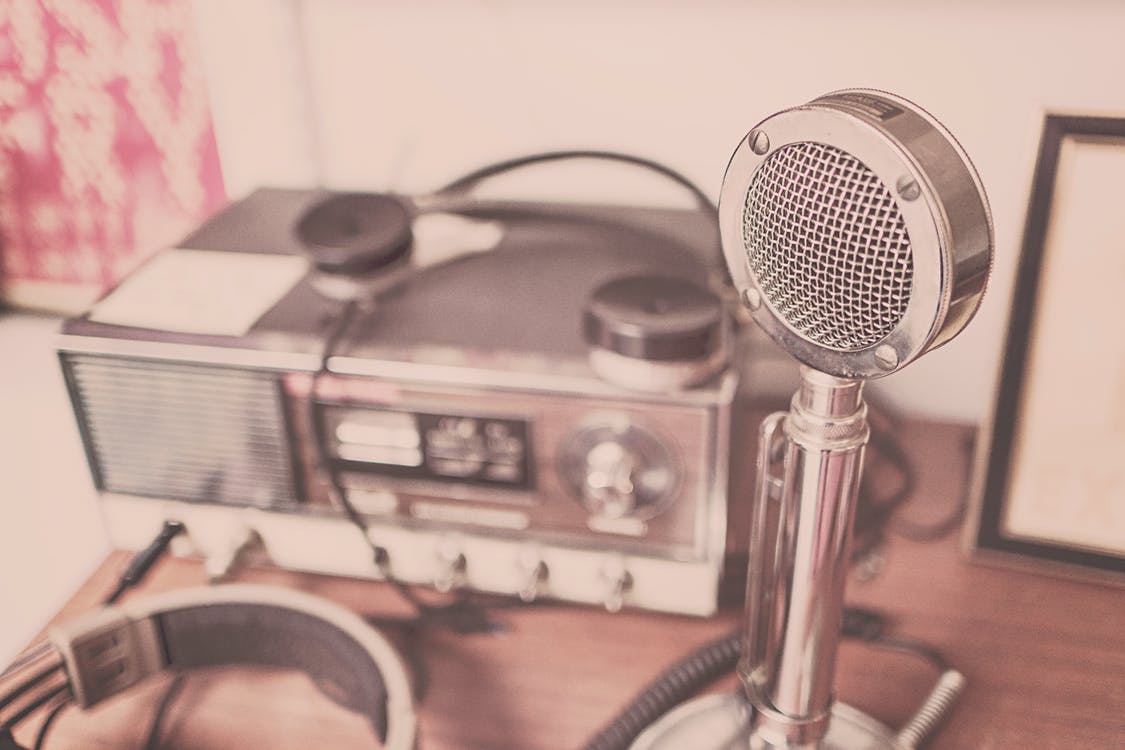 Any talk about inventions that truly changed the world must include radio. Theories and concepts for broadcast radio began in the early 1800s, and scientists and inventors continued to work on the potential technology throughout the century with early stations and broadcasts appearing in the late 1800s. Towards the beginning of the 20th century, radio technology was more viable than ever with several stations operating throughout the world. As time went on, radios became cheap enough that some people were able to own them in their homes. Music, news reports, and daytime dramas became great sources of in-home entertainment and marketers seized this open opportunity. The first radio ads began to play over public radio in 1922 and in the next 10 years, most stations featured some sort of commercial. Some companies even began to sponsor radio programs. The most famous of these were soap operas, weekly radio dramas that played during the day and targeted women, many of which were sponsored by companies that manufactured soaps and cleaning products (hence the name). Radios became common in society very quickly, with everyone wanting one in their home and car companies beginning to place them in their vehicles. Even now, millions of Americans listen to the radio every day while on the way to work and back home. News, music, and other forms of entertainment have allowed radio to be a viable platform for advertising for nearly a century. 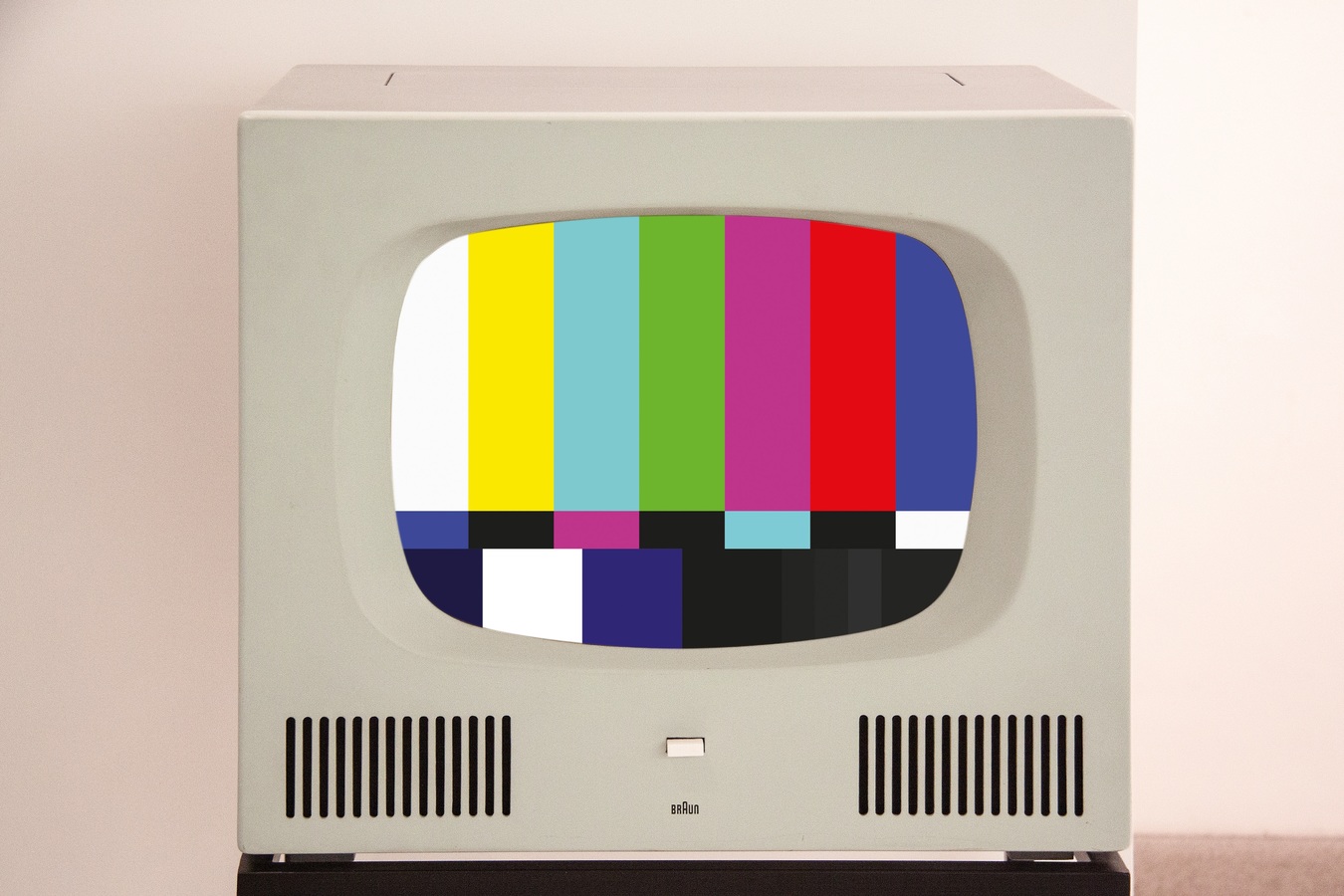 It’s doubtful anything in the 20th century made a bigger impact on culture than the television. For decades, TV was the center of every American home. The family would gather around the TV a couple nights a week to watch the latest episode of “I Love Lucy,” “Happy Days,” “The Cosby Show,” “M.A.S.H.,” and “Seinfeld.” It changed the face of entertainment and marketers began to slide in. In the home, TVs didn’t become mainstream until the late 40s and early 50s, but even before then ads were showing up. The first TV ad debuted in 1941, a 10-second spot for Bulova watches that played during a New York baseball game. Within the next few years during the war, TV broadcasts became more scarce while the nation was focusing its efforts and resources on the war. But things picked back up after the war ended. In the 50s, sponsored programs became all the rage; much like the soap operas on the radio in the 30s. But by the 60s sponsored programs had fallen out of style, and commercials as we know it became the trend. During the 70s, laws regarding how you could advertise on TV became standard, such as not being allowed to advertise smoking during children’s programs. Today, TV is a bit of a dying breed. While millions of Americans watch every day, more and more people are cutting the cord in favor of online streaming services. Even the most popular shows on TV today pull far smaller numbers than the most-watched shows just 20 years ago. It’s hard to say that television is dying, but it’s certainly falling out of favor. So the real question is, how much longer are marketers willing to put money into TV commercials over its new media competition. 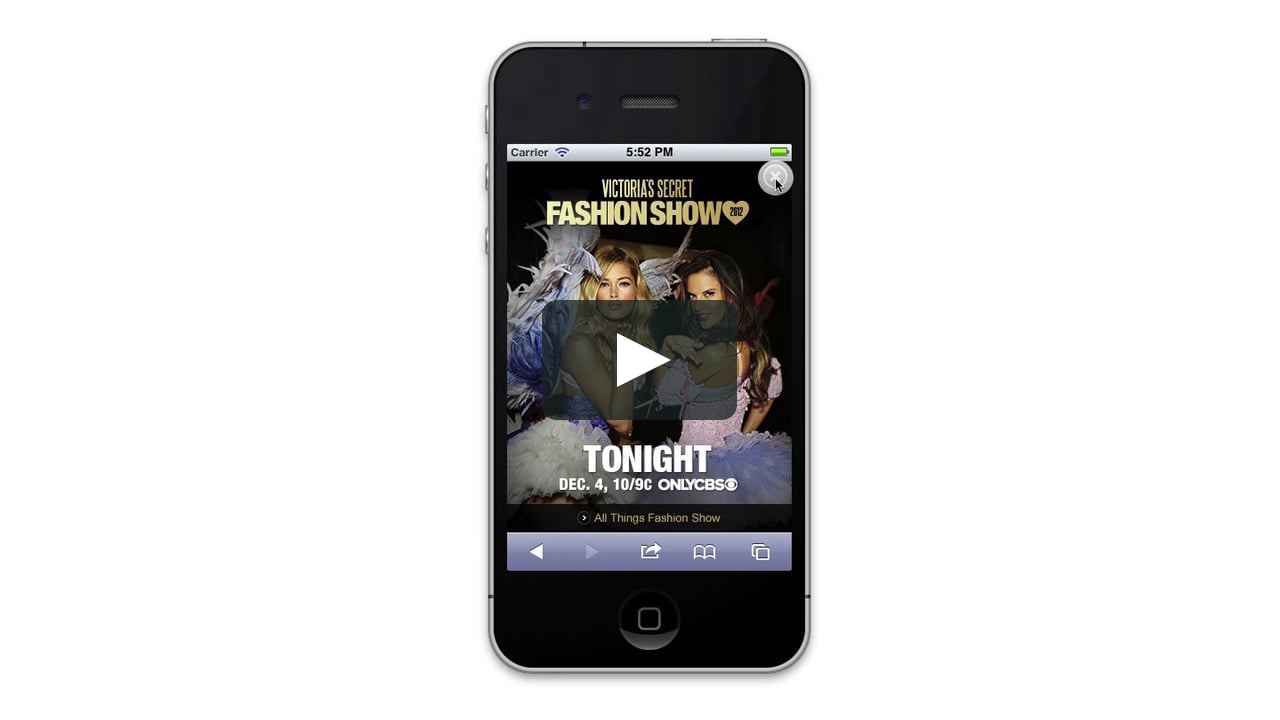 Then comes the newest form of major advertising, digital. This is a bit easier to talk about because unlike every other method I’ve mentioned so far, it’s recent (dating back to the 1990s). So to narrow it down, let me explain this medium. Digital is what the advertising world refers to when it comes to marketing using digital devices, primarily through the internet. You can argue that digital marketing dates back to the 80s with people sending out spam alerts to internet users in the hopes of getting their information, or even to 1993 where the some of the first clickable ads appeared on the website Global Network Navigator. But the online world of advertising really began to change with Hotwired. Hotwired was an online based web magazine that got the idea to have advertisements appear on their website to earn extra cash. They called them “banner ads,” a term that is still used today. As time went on, the internet became more accessible, coding became more advanced, and advertisements became more commonplace. Video ads, pop-ups, interactive banners, email marketing (which first began to show up in the early 90s), etc. Things began to change once again in the late 2000s with the rise of social media and mobile marketing due to the saturation of smartphones. All of a sudden, people were connected to the internet constantly, going online to be entertained and see what’s happening in the world. There are people who have access to high-speed internet every minute of the day and you can bet that advertisers love those potential customers. With people canceling their newspaper subscriptions, cutting their cable, and turning off the radio to listen to their phone while in the car, so-called “traditional” media has one foot in the grave while digital marketing is constantly on the rise.

It’s hard to boil the history of advertising down to a few pages. It’s a tactic that is traced back thousands of years. You could write a thesis paper on each of the major mediums that were mentioned in this post. But at the end of the day, this was just meant to be a quick summary. It’s obvious that ads will never go away. No matter where you get your news and entertainment from, marketers will find you. Commercials, sponsored content, product placement, etc. Marketing and advertising are here to stay, and whether that’s good or bad is up to you. 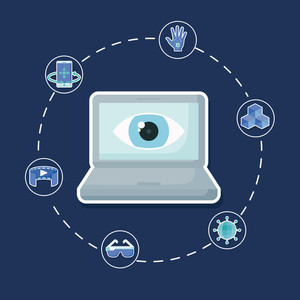 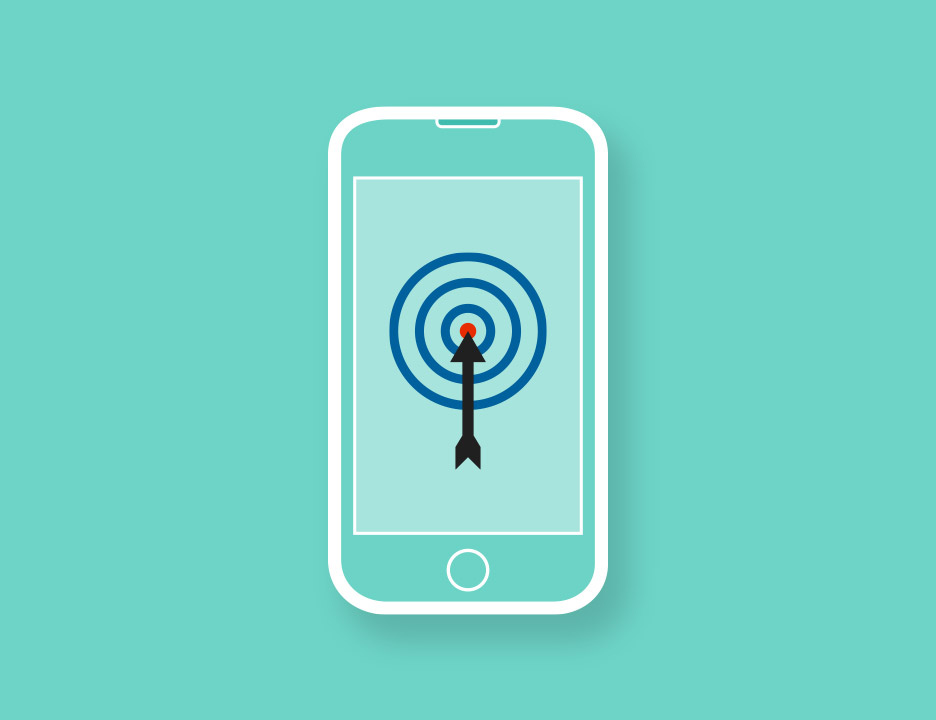 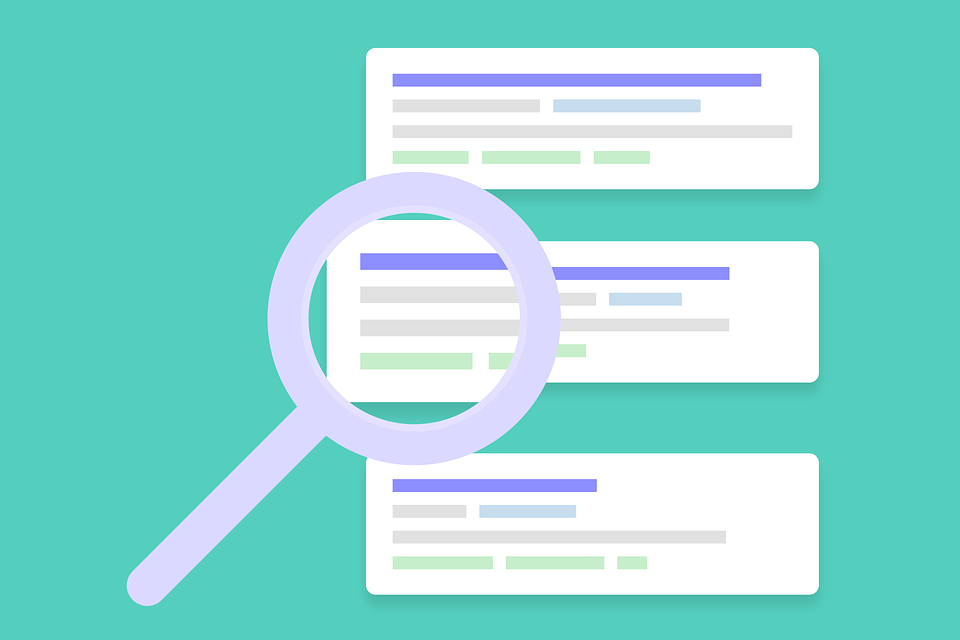